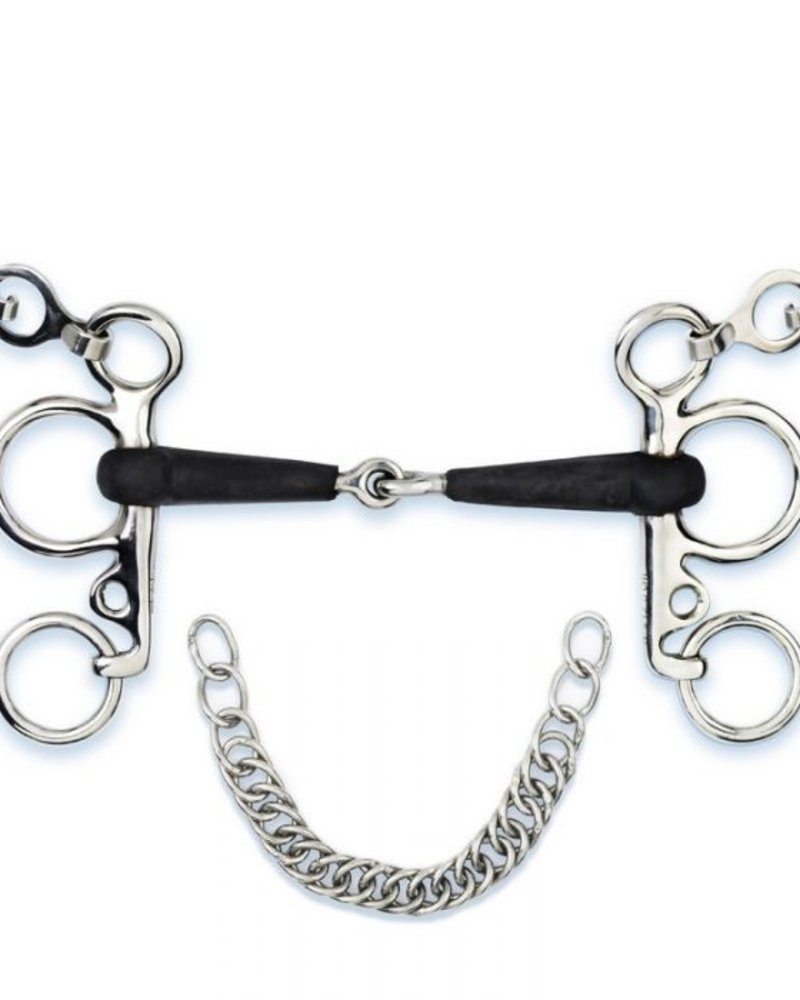 A pelham is often used with stronger horses. Due to the heddle of the scissors, this bit works sharply.

This bit can be used with 1 or 2 reins. You can also use a pelham strap or also called 'a bridge', this connects the bit ring with the rings that are attached to the scissors of the bit. When using this leash, only 1 rein is used. The pelham is used in combination with a chinstrap.

A pelham is often used with stronger horses. Due to the heddle of the scissors, this bit works sharply. By using a pelham, a horse is easier to set deep. The longer the scissors, the sharper the effect.

The pelham is not suitable for inexperienced riders or horses, this bit can act quite strongly.

A rubber bit can be flexible but can also contain a hard core. The flexible version usually contains a steel wire in the core so that the bit cannot break. The flexible version is softer. Black rubber has the disadvantage that if a horse has a drier mouth, the bit gets hot due to friction and can burn on the tongue. If a horse produces enough saliva, this bit is a soft version of a metal bit. The plastic version (Beris, Happy Mouth) is smoother and does not have this problem.